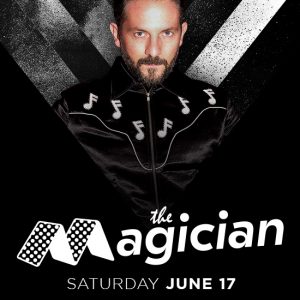 The Magician – His background is shrouded in mystery, his powers are supernatural and his reputation is whispered about among men. He goes by different names, but folks just call him The Magician. One night not so long ago, he appeared from a place between space and time. The Magician stepped into this world, materializing in a cloud of crystal stars and soft pink smoke. Some say he is the guardian angel of all resident DJ’s, others claim he’s a former airline pilot who crashed an afterparty – some say it’s just an illusion, a well performed hoax. But is it really?