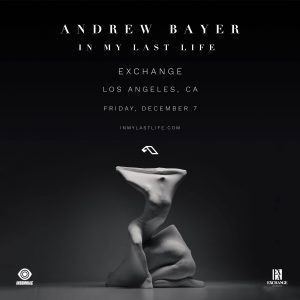 Sometimes sounding quite indie electronic, other times sounding quite house, Brooklyn-based producer Andrew Bayer creates music aimed at headphones as well as the dancefloor. Born and raised in Washington, D.C., Bayer first became interested in electronic music thanks to big room DJs like Tiësto and Ferry Corsten. While attending the Berklee College of Music, Bayer’s diverse taste in music increased along with his music making skills, but his favorite record label remained the same: Anjunabeats. He sent the label demo after demo, and in 2010, they signed him and released The Taxi Driver EP on their Anjunadeep imprint. He moved on to Anjunabeats proper for his 2011 debut album It’s Artificial. The equally diverse If It Were You, We’d Never Leave followed in 2013.