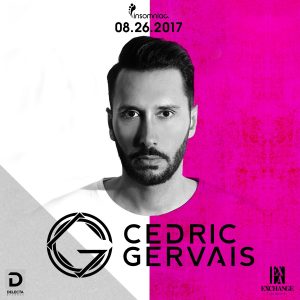 These are just a few things that have been making French born Miami resident Cedric Gervais one of the most sought after House DJs & electronic music producers in the world today. With the launch of his new imprint, ‘Delecta Records’ where he releases monthly singles, alongside a major label deal with Universal Worldwide (Island Records) Cedric continues his ascendancy into 2017 and beyond.