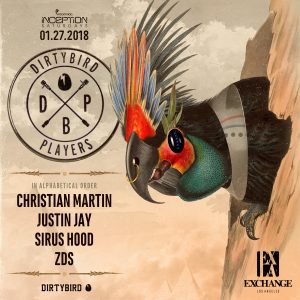 Since 1995, Christian Martin has explored electronic music from one end of the earth to the other; from full-moon parties in the deserts of California to the thumping, dark corners of the London club scene. Christian followed his love for spleen-rattling bass to San Francisco in 2000, where he met up with the now legendary dirtybird crew. The dirtybird BBQ was the brainchild of the four original members: Christian & his brother Justin Martin, and friends Claude VonStroke and Worthy. They had a personal mission to change the landscape of San Francisco house music by throwing an epic free party in the park, based on their new signature sound.