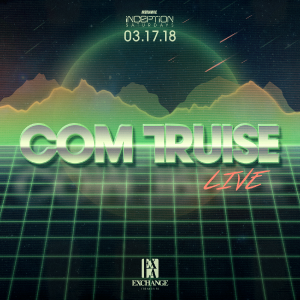 Seth Haley is an American electronic musician from Oneida, New York, who now resides in Los Angeles, California. His Com Truise stage name is a spoonerism of the name of American actor Tom Cruise. Originally an art director, he turned in his resignation prior to his first release as Com Truise. Prior to that, Haley released music under the pseudonyms Sarin Sunday, SYSTM, and Airliner. Com Truise’s synthesizer-heavy synthwave work, influenced by 1980s musical styles, was first offered on the Cyanide Sisters EP, which was initially a free download from the AMDISCS record label and was reissued digitally by Ghostly International. A remix of his appeared on the Tron: Legacy Reconfigured album soon after. In June 2011, he released his debut album, Galactic Melt. In Decay was the immediate full-length followup in 2012. Com Truise’s songs are represented by Downtown Music Publishing. This channel was generated automatically by YouTube’s video discovery system.