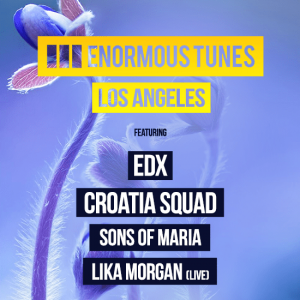 Productive and successful for more than a decade, Italian native artist, producer, DJ and multi-talent EDX first hit people’s radars in 1994 with various mix tapes that within weeks had circulated around the globe. With his new found fame EDX quickly climbed up the ladder of recognition with labels and producers asking him to sprinkle his remix magic touch onto their releases.