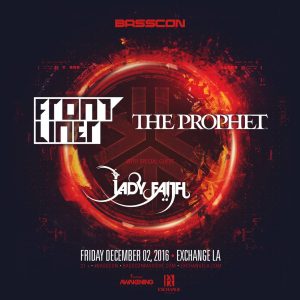 Frontliner – Hardstyle DJ and producer Frontliner (Barry Drooger) is well known for his versatile approach to the genre. His album Producers Mind (2011) is a showcase of versatility and recent monster hits such as ‘Halos’ and ‘I’m The Melodyman’ are direct proof of his skills to both feel and surprise his fans. And while he normally makes his appearance high above the crowd, on just about every known mainstage, he is very much ‘one of the guys’. This fueled thoughts for his 2012 campaign where he experiments with crowd fueled participation into his music, events and artist career. ‘For The People’ has that socialist charm while actually offering his fans and music enthusiast alike a chance to participate in his work as an artist and to even get something in return.