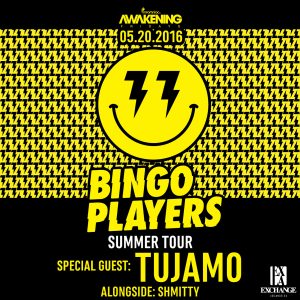 Bingo Players – Hailing from Norway, Boom Jinx began writing music in 1989. After building a successful career in the commercial film/TV industry, he turned his attention to dance music in 2005, spending his off-hours exploring his new passion. Deftly managing his time, continued career success came with writing music for two of the biggest video game franchises; EA’s Need for Speed and FIFA. His music was also licensed for two of the most popular TV shows in the world; CBS’ CSI: Miami and CSI: Las Vegas. His work on dance music has been equally lauded, developing a well-deserved reputation amongst his peers for productions that showcase a stunning level of intricate detail and subtle nuances.