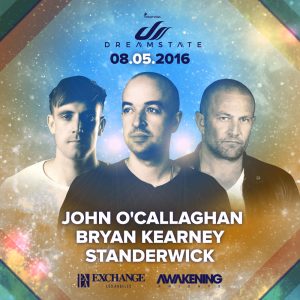 John O’Callaghan – Some may know John O’Callaghan as a Dance music icon, some may know him by his initials “JOC” and then there are others who only know his music. It’s obvious even to a newcomer or neophyte enthusiast that John O’Callaghan’s talents far exceed that of just an uplifting producer or Trance remix master. He is an artist, producer, DJ and an internationally respected name in the world of Electronic music. John O’Callaghan has long pushed the boundaries of musical genres in ways that have earned him a stellar reputation across the dance music industry. From the dreamy progressive vibes of the ‘Deep Dream’ mixes to the edgy techno grooves of his ‘Joint Operations Centre’ productions. John O’Callaghan always showcases true diversity in his sound, and has emerged as a leader of the trance movement – a path which all of his fans have loyally followed. With every production he once again proves himself to be one of the most consistent and yet surprising artists, with an uncompromising ability to reinvent and rework any track that catches his eye (and ears).