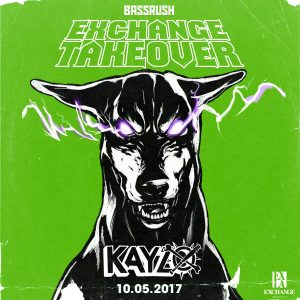 Hayden Capuozzo was born in Houston Texas,but called many cities his home. At the age of 24, Kayzo had his start in 2012 in a pretty unreal way. He was selected as the winner of Insomniac’s ‘Discovery Project’ Challenge with a mix that was absolute insanity in the best form. Winning this gave him a chance to play ‘Escape from Wonderland’ that year and making his performance one not to forget, that also happened to be his first gig ever.