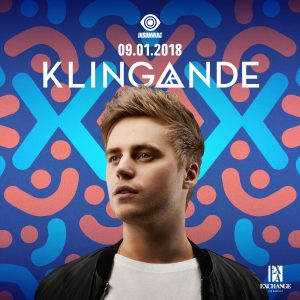 Champion of the melodic house genre, Cedric Steinmyller – best known as Klingande – has been breathing new life into the electronic music world with his impeccable productions and uplifting sound, cementing his reputation as one of the most refreshing and original producers around in modern dance music.

A welcome departure from the big room house sound that has been dominating the scene in recent years, Klingande’s presence of sublime melodies has made him one of the leading figureheads within his field. Releasing standout music alongside fellow tropical house founders Kygo, Bakermat, Sam Feldt and Robin Schulz, his refreshing and innovative sound has influenced the likes of Lost Frequencies, Kungs, Ofenbach and many more; cementing him as a pioneer of the melodic house genre.

Hailing from Croix, Northern France, Cedric began studying music theory as a child before later becoming immersed in electronic music as a teenager, learning to DJ and subsequently working on his own original productions. Discovering his passion for electronic music, his immense appreciation for Sweden’s booming dance music culture inspired him to eventually settle on the moniker Klingande, taken from the Swedish word for sounding – something that continues to cause confusion as to his origins to this day! Committed to furthering his vocation, Cedric moved to London where he spent a year studying at the famed Point Blank Music College, learning every facet of music production and experiencing multiple genres, a testament to his drive and determination to reach the top of his game.