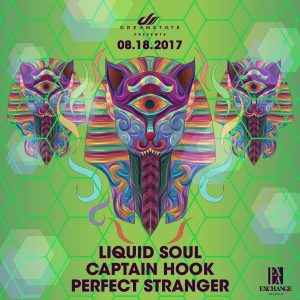 Nicola Capobianco, a Swiss born deejay /producer who is better known for his project called LIQUID SOUL. Falling in love with electronic music from a very young age, he almost immediately took an interest in DJ’ing back in 1993, this is the very year where his journey into the world of music officially begun. It became clear that his new found passion wasn’t just a passing phase and would last as he made the decision to venture deeper into music, this quickly saw him find his way around the studio as this was the next phase of his progression. He started crafting himself a unique sound signature. This hugely assisted his career and has help sustained his constant heavy flow of bookings all over Europe, ranging from festivals to big raves.