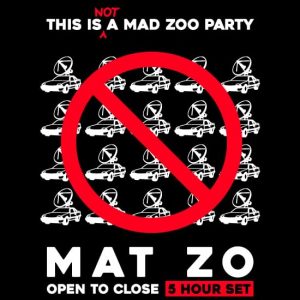 Born in London, England in 1990, Grammy-nominated electronic producer Mat Zo (Matan Zohar) is the son of painter Israel Zohar and violinist Wendy Caron Zohar, and brother of singer Alma Zohar. Surrounded by a talented and musically-inclined family, the young Zohar first picked up a musical instrument at the age of eight after his father gave him a guitar as a birthday present. He lived in Cleveland, Ohio up until the age of 11, at which point Zohar returned to London and further explored his musical interests by forming bands and playing drums and bass. In his mid-teens, however, his attention shifted toward electronic dance music, with acts such as Chemical Brothers and Daft Punk providing a significant influence. Zohar began DJ’ing around London and soon progressed to producing his own material.