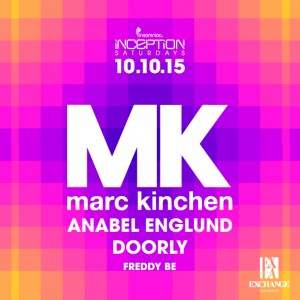 MK – Some may know Marc Kinchen as an icon of the dance world, some may know him only by his initials, “MK”, and then there are others who only know his music. This has been MK’s experience ever since his breakthrough remix of the international classic hit, ‘Push The Feeling On’ by The Nightcrawlers was released. However, in the past 18 months we have heard his smash remixes of Lana Del Rey and Chris Malinchak, as well as his solo projects on Hot Creations and Defected. MK has long been responsible for taking ordinary pop records, and turning them into dance classics. This was evident when his third version of Storm Queen’s ‘Look Right Through’ hit Number One in the UK charts this past November. To date, his version of the single has reached 400,000 in sales in the UK.