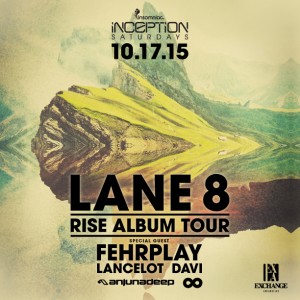 Lane 8 – San Francisco-based house producer Lane 8 (real name: Daniel Goldstein) made quite a splash when The Magician played his debut single, “Don’t Want You Back”, in the 23rd installment of the wildly popular Magic Tape series. The follow-up single, titled ‘Dusty’, surpassed all expectations, racking up diverse DJ support from the UK’s Jody Wisternoff and Kidnap Kid to California’s Viceroy and Geisha Twins. From there, a 3-track EP, reworks of Fleetwood Mac and Brandy, and an official remix for Austin-based band Snowden have all solidified Lane 8’s position as a household name in the growing California house scene. When you consider that Lane 8 has accomplished all of the above in less than six months, it’s no wonder countless DJ’s, blogs and music fans are following his every move.