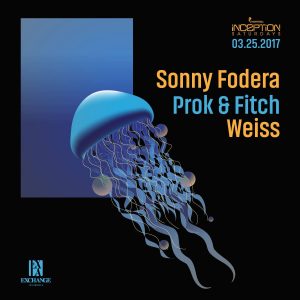 Sonny Fodera – As today’s fledging house revival attains new heights so does the difficulty in standing out amid its thriving pool of talents, however Sonny Fodera continues to scale the mounting hierarchy whilst making it look easy. Named by Mixmag as one of their ‘Hot Six’, Sonny Fodera has had an impeccable 2013 with releases on a slew of today’s biggest house labels including a debut album, Moving Forward, on the reputable Cajual Records. Renowned for his smooth technical mixing, last year saw Fodera play at some of the world’s greatest clubs such as Air, Ministry of Sound, DC10, Booom! as well as a residency at Ushuaia Tower.

Sonny’s journey as a producer begun at the tender age of 16 when he was making Hip Hop, but it was not until the likes of Derrick Carter, Inland Knights and James Curd visited his homeland that his passion for four-four took firm shape. Fast forward in time and the budding 27 year old has stood shoulder to shoulder with his inspirational heroes of whom now all credit him for his dexterity both behind the decks and in the studio with Fodera receiving praise from some of the genres most established veterans, from Cajmere to Derrick Carter all the way to the ‘Godfather of House’ Frankie Knuckles.