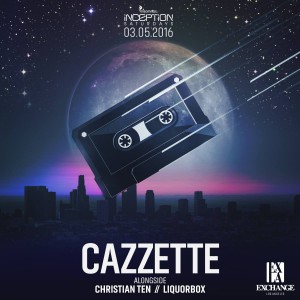 Cazzette – Cazzette may have been part of the Swedish EDM explosion of 2012, but they quickly distinguished themselves from Dada Life, Swedish House Mafia, and the rest of the competition when they announced their official debut would be the first ever released exclusively on a streaming music site. Members Sebastian Furrer and Alexander Björklund were two Stockholm producers who joined forces in 2011. After meeting manager Ash Pournouri, the three combined two of the favorite strains of dance music — dubstep and house — for a sound they called “dubhouse.”