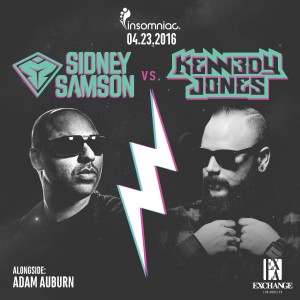 Sidney Samson – Sidney Samson is a Dutch DJ. Samson started DJing at the age of 13, focusing on hip hop music before working seriously on house music from 1999. He is a resident DJ at The Matrixx, a major Dutch nightclub and released “Bring That Beat Back” and “It’s All Funked Up” on the digidance and Spinnin’ Records labels respectively. After collaborating with Gregor Salto, he formed his own record label, Samsobeats, in 2007. Samson managed to get his debut single “Riverside” to #1 on the Dutch Top 40, #9 on the Australian ARIA Charts, #2 on the Irish Singles Chart, and #2 on the UK Singles Chart. He released his second single “Shut Up and Let It Go” with Lady Bee in February 2010. In 2011 Sidney Samson collaborated with the UK singer/songwriter Tara McDonald releasing “Set Me On Fire” through Spinnin Records, followed by “Dynamite” which was released through his own label Rock the Houze with Spinnin Records remixed by Nicky Romero.