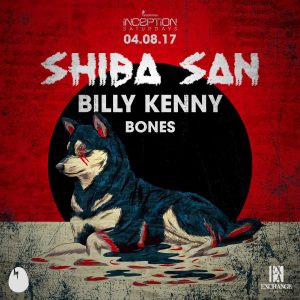 Shiba San – In recent times Shiba San has garnered a lot of positive attention from every corner, with one foot in his hip hop past and the other embracing the future of house he has found a comfortable collision of the two in bass heavy ghetto funk. And associations with both Claude Von Stroke’s Dirtybird label and AMINE & Dance’s Cuff certainly haven’t hurt. His recent release “Okay” effortlessly became a contender for our 2014 summer soundtrack, and it’s currently making some serious rounds on the club circuit, shooting straight to the top on Beatport’s House chart and coming in at numero 3 on the overall rankings provides – a clear indicator of the power behind this low slung rumbler. As if hearing the track yourself wouldn’t confirm that! It’s fair to say that Shiba San is primed and ready to blow. You can’t escape the feeling that this could be the start of something big.