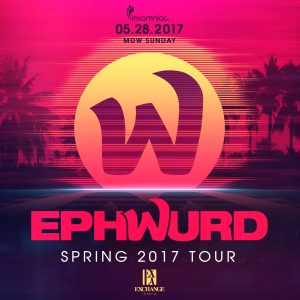 Ephwurd – Ephwurd is a Canadian-American house music DJ Duo made up of Datsik and Bais Haus that was formed in the summer of 2015. Ephwurd first released a remix of Major Lazer and DJ Snake’s “Lean On” without revealing who was behind the remix. They later revealed the members leading to the release of their first single “Rock the Party” on Spinnin’ Records in July 2015. The single, created in collaboration with Jauz, became popular at music festivals. It has been played by artists such as Skrillex, Diplo, Axwell and Ingrosso, and Hardwell.