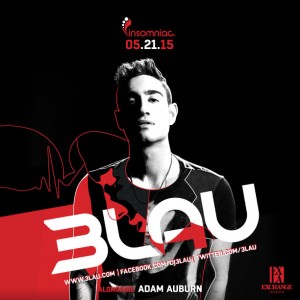 3LAU – Justin Blau better known by his stage name 3LAU is an American progressive house and electro house producer and Ableton performer. Based in Las Vegas, he has released three mixtapes since 2011 and several singles, and has performed at festivals such as Electric Zoo in New York. In 2014 he released the track “Vikings” with Botnek on Dim Mak Records.