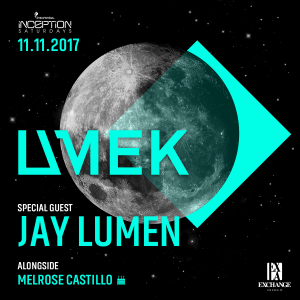 A DJ and a producer with more than 20 years’ experience of playing everywhere – from dark underground clubs in Berlin to shiny stages of EDC Las Vegas. And yes, he does fly. Around 100 times per year, visiting almost every continent every year. Not just that. He produces music while flying, too! When he lands, he sends that same music to labels such as Toolroom, Spinnin’ records, Great Stuff, Intec or saves it for his own imprint 1605. Sometimes he likes to brag with his tracks or those, produced by his fellow 1605ers, when he features them in his massively popular weekly radio show Behind the Iron Curtain.

Jay Lumen… Music is part of his life since his childhood years. He learnt music in conservatory for eight years, which provided a good basis to his ambition of making music. This ambition appeared very early, during the schooldays, when he started to turn compositions of classic authors to his own style, rather than playing the original versions of them. Although he was educated to play on a classic instrument – violin – he early recognized that his desire of creative work would not be realized with this kind of instrument. By getting his first computer, he immediately started to make his ideas to be heard. In the meantime he got to know the synthetizator in the way of self-education also, and as he obtained the newest technologies and softwares, he developed himself with them and got more and more closer to the sounding in which he felt himself familiar. Nowadays, Jay Lumen is one of the most quickly developing new generation DJ/producers.