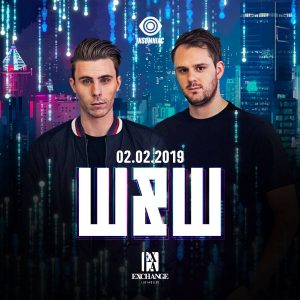 After producing trance for five years, W&W founded their own record label called Mainstage Music, and became active in the big room house and progressive house scene. This was followed by the release of their commercial breakthrough “Bigfoot” in 2014. In 2017, they returned to their original trance style with the Nwyr (stylised as NWYR; pronounced “new year”) project.