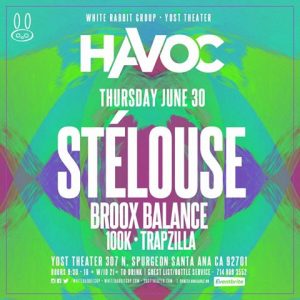 Stelouse – StéLouse (pronounced “stay loose”) is the new electronic project from budding producer Ross Ryan. Beginning his love affair with music a very young and age, Ross performed in various rock bands after high school, some of which went on to see moderate local and national success. In the spring of 2011, Ross became very intrigued by the world of electronic music production and the seemingly endless sonic possibilities it has to offer. Over the past three years, and a few aliases later, the skills were honed in enough for Ryan to embark on his greatest musical venture yet. Combining influences of hip hop, RnB, 80s new wave, and of course the dance club banger, StéLouse was born in August of 2013. Along with the idea of not just presenting the project as only a “DJ” gig but also as a full live performing band. StéLouse’s debut EP, Home, is set to see release in March of 2014 along with live shows and a handful of singles to follow. Welcome to the new world.