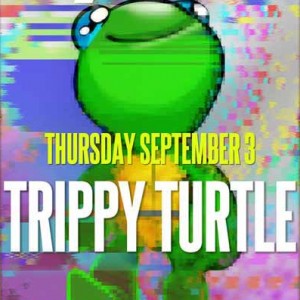 Trippy Turtle – Who is Trippy Turtle? He has repeatedly been the subject of questioned identity still since he emerged from the music scene. On March 14th, 2013, a mysterious Jersey club track called “Get Up On It” was uploaded by SoundCloud user Trippy Turtle. Then on March 20,just three days later, the track was tweeted by Cashmere Cat and with the release of two more tracks soon after Trippy was quickly shot into the blogosphere and being played in clubs everywhere since! He is a music producer and DJ renown for his remixes usually of high profile Rap,Hip Hop, and R&B artists. We know Lido little of this fast emerging unidentified artist, but what we do know is that his music speaks for itself and has influenced a new wave of remixing.