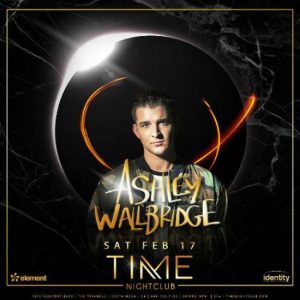 Hailing from the United Kingdom’s Stoke On Trent, he has amplified a career from the undying passion of the crowds in front of him, which consists of the enthusiasts tuning in and the fellow talent that surrounds him. With a studio that serves as a content haven of musical liberty, Ashley has been able to tap from a bottomless well of creativity, churning out exceptional originals that in turn led to remix requests from luminaries such as Avicii, Havana Brown, Krewella, Gareth Emery, Armin van Buuren. While his 2012 debut album ‘The Inner Me’ reached #5 on the iTunes USA charts, #9 in Canada and #12 in the UK, Ashley Wallbridge continues to migrate his well-built tunes to the crowds, clutching music in its prime and showcasing a commode of musical wealth everywhere from Europe to the USA. His on-point productions and larger-than-life dedication to his craft have earned him spots at Los Angeles’ Exchange, Omnia in San Diego, Ministry of Sound in London, Privilege Ibiza and a residency at famous Las Vegas hotspot Marquee. Taking it up a score at Creamfields Australia, Global Gathering in the UK and Sunset Music, the Wallbridge brand ignites demand across the globe. Now, Ashley Wallbridge blasts into a new chapter. He has signed with Armada Music, has a stack of new music ready to launch and keeps on turning heads with sensational productions such as ‘Melody’, ‘Amnesia’, ‘Goa’, and ‘Undiscovered’ (feat. KARRA). It’s clear that the waves Ashley Wallbridge makes are getting bigger every time he pushes the envelope of his own sound. And it is that kind of mindset that allows him to ride those waves like the scene leader he is.