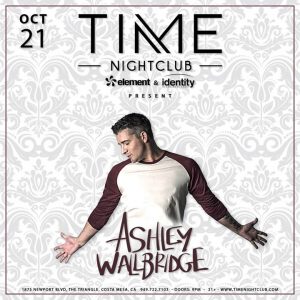 Ashley Wallbridge is one of the brightest stars in the UK‘s dynamic pool of emerging DJs/Producers. His talent is now clearly recognised and has had unquestionably one of the biggest hits of 2009 with ‘Faces’. The collaboration with Andy Moor ft Meighan Nealon has gathered immense global attention, dominating all download charts and even receiving the full video treatment. Ash hit 2010 with a bang, releasing his incredible track “Chimera” which stormed into the beatport charts at number1. Productions such as ‘Faces’, ‘Harrier’, ‘My Blood’, ‘Spitfire’, ‘I believe’, ‘Solidaritet’, ‘Harmonies’ and many others have firmly entrenched Ash into the producers upper class with the DJ elite including Ferry Corsten and Marcus Schulz demanding his remix touch. Ash’s growing reputation has been reflected in his global touring schedule. From Argentina to China, his deft touch and unique remixing style has been astounding the crowds worldwide. The debut solo album is the next chapter in this amazing story but definitely not the last.