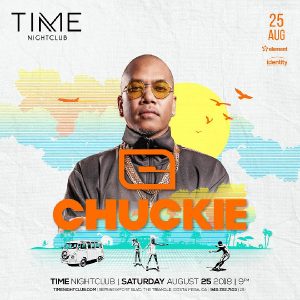 The Dutch DJ and producer known as Chuckie was born Clyde Sergio Naran 1978. Before he rose to prominence on what is known as the “dirty house” scene and pioneered the musical style “dirty Dutch,” Chuckie began experimenting with Latin-infused house rhythms in the late 1990’s. By the new millennium, he had perfected this sound and became known for his unique remixes.

Starting in 2007, Chuckie began to release a series of Dirty Dutch albums, five in total, featuring a number of hits, including “Make Some Noise,” “Aftershock,” and “Let the Bass Kick,” although he became equally well known for his remixes of work from other artists. Notable collaborations from Chuckie on these remixes include: “Everytime We Touch,” “Sexy Bitch,” and “One Love” (with David Guetta and others); “Commander” (with Kelly RowlandDavid Guetta); “I Like It” (with Enrique Iglesias); “So Yesterday” (with Toni Braxton); “Jltf” (with Moby); “I Hate That You Love Me” (with Diddy); “Ashes” (with Eva); and “Harlem Shake” (with Baauer.) In addition to his own music and remixes, Chuckie has also produced music for Lil Jon (“Work It Out”); T-Pain (“It’s Not You (It’s Me)”; and Marina and the Diamonds (“Radioactive.”)