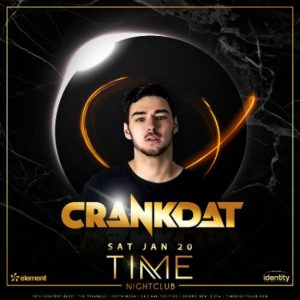 Ohio native Christian Smith grew up highly athletic, but ultimately turned down a full-ride track-and-field scholarship to Kent State to pursue music, producing energetic and melodically vibrant EDM as Crankdat. Smith began making music while still in high school, juggling duties as an athlete with an obsessive excitement for producing his own tracks. He originally gained recognition for a string of high-energy remixes of other artists’ tracks, including a bounding reworking of Fetty Wap’s breakout single, “Trap Queen.” Eventually these remixes racked up millions of plays and Smith, barely out of his teens, was getting attention from bigger names in EDM such as Skrillex and Chainsmokers. Crankdat would go on to release original tracks as he toured constantly, including the Jauz collaboration “I Hold Still” as well as the triumphant “Dollars,” both in 2017.