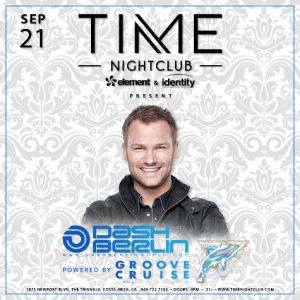 Dash Berlin is a progressive-trance project created in 2007 in The Hague, Netherlands by Eelke Kalberg and Sebastiaan Molijn. The front man of the group is the DJ Jeffrey Sutorius. Kalberg and Molijn have been contributing to the international dance scene for over ten years, with award-winning and platinum-selling hits for dance acts such as Alice Deejay, Vengaboys, Candee Jay, Pronti & Kalmani and Solid Sessions. They also have been working together with DJ Sander Kleinenberg on classic tracks like “This Is Miami” and “The Fruit” and remixes for major artists such as Justin Timberlake, Janet Jackson, BT, Usher, N.E.R.D., Lenny Kravitz, Junkie XL, Röyksopp, Mylo, and Annie Lennox. Jeffrey Sutorius was born in November 1979 in The Hague, Netherlands. While in high school he became a fan of electronic music and in his late teens worked in a record store and became a collector of vinyl trance music. Inspired by pioneering figures such as Sven Vath, Oliver Lieb and Sander Kleinenberg, Sutorius began mixing and producing his own music. He started performing in the Dutch underground music scene in early 2006 and within a year teamed up with fellow producers and close friends Kalberg and Molijn to form Dash Berlin.