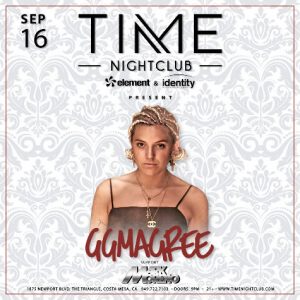 Golden girl GG Magree is in the thick of an impressive twelve months. Setting the bar for 2017 high, GG has progressed from being Australia’s girl next door to one of the most exciting female talents to emerge out of Australia’s electronic industry in recent times. Undoubtedly one of the coolest cats to prowl the scene in recent times, GG Magree is not your standard DJ – the multi-talented Trap/Bass DJ, producer, entrepreneur and all-round entertainer continues to take the world by storm over and over again through her impressive touring schedule, sell-out shows, international collaborations, celebrity allies, brand partnerships and original releases. Recognised by the international music scene as the girl that plays hard trap like the boys, GG has paved her way with her energetic bass-fueled sets, a sexy attitude to her music, larger than life personality, her powerful vocals in turn making her presence known both in her home country and globally – touring Belgium, Ibiza, London and Vietnam in 2016 alone.