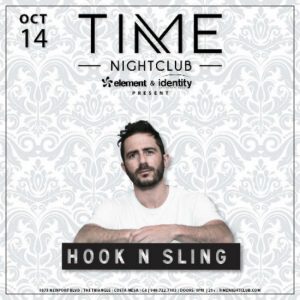 Sydney-born DJ and producer Hook N Sling, aka Anthony Maniscalco is recognized as one of the most exciting genre-blending house producers to come on the scene in recent years, a title which has lead him to places most only dream about. 2007 was the defining year for Anthony. He pumped up the opening party for We Love Sundays at Space at the dancefloor mecca that is Ibiza. He also took his energetic sound to North America, the UK and China. A favourite among both industry types and the public, Anthony also raked in a coveted ARIA nomination for his track The Bump and was placed amongst the top 5 producers for inthemix – Australia¹s biggest and most well-regarded dance music awards as voted by the public.