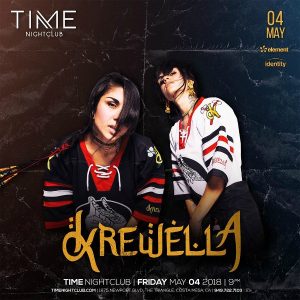 Krewella is an EDM duo formed by half-Pakistani sisters Jahan Yousaf and Yasmine Yousaf in Chicago, US in 2007. The group’s music cannot be categorized under one specific genre and they continue to dabble amongst house, dubstep, and electronic dance. They rose to fame through online social media, releasing their first songs via SoundCloud in 2011 including “Life of the Party.” By the year 2012, the group had enough songs to complete and release two EPs “Play Hard” and “Play Harder.” The former reached Billboard’s Top Dance/Electronic charts. The single “Alive” from “Play Hard” became an online sensation and has over 15 million views on YouTube.