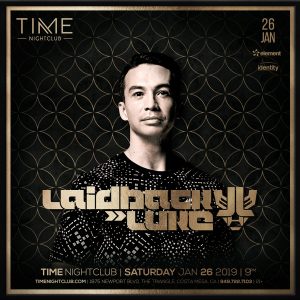 Born in the Philippines and raised in Holland, Laidback Luke, aka Luke van Scheppingen, grew up in a musical household, learning guitar and immersing himself in hip-hop and graffiti culture at a young age. He released his first major-label single, Rocking with the Best, after he signed a deal with Virgin Records. Following up with Spacefunk and Popmusic, both taken from his 2002 debut album, Electronic Satisfaction, Scheppingen’s style shifted to a more electro-house sound, and saw him remixing numerous high-profile artists including Daft Punk.