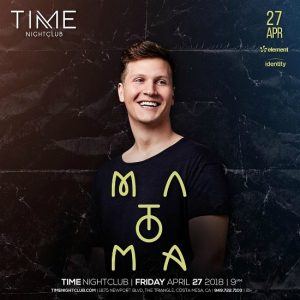 Norway’s Tom Stræte Lagergren (aka Matoma) is a DJ and producer known for his dance-oriented, tropical house music. He had started to gain international recognition for his Matoma remixes, including cuts for Jessie J, Akon, Enrique Iglesias, and others. In 2015, he scored a hit in Europe and New Zealand with a remix of Notorious B.I.G.’s “Old Thing Back.” Also in 2015, Lagergren released his own debut single as Matoma, “Feeling Right (Everything Is Nice),” featuring rapper Wale and Jamaican dancehall singer Popcaan. That track found its way onto his debut LP, Hakuna Matoma, which arrived at the end of the year.