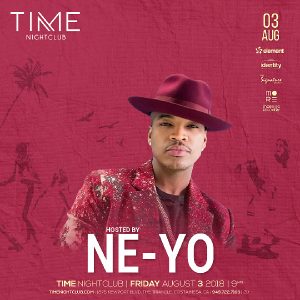 One of the most acclaimed R&B artists of the 2000s, Ne-Yo entered the mainstream as a songwriter in 2004 with Mario’s “Let Me Love You,” a number one pop hit. By the time Billboard determined that the romantic ballad was the eighth most successful single of its decade, Ne-Yo had racked up a career’s worth of accomplishments as a composer and recording artist. He had platinum certifications for In My Own Words (2006), Because of You (2007), and Year of the Gentleman (2008), the second of which won a Grammy award in the category of Best Contemporary R&B Album. Seven of his singles, as well as five on which he appeared as a featured artist, peaked within the Top Ten of the Hot R&B/Hip-Hop chart. Beyoncé’s “Irreplaceable” (2006) and Rihanna’s “Take a Bow” (2008), two of the many songs he wrote for other artists, were smash hits as well. Although he hasn’t been as prolific in the 2010s — he has worked extensively behind the scenes as a Motown executive, amid a slew of acting and televised talent-competition gigs — he has released new albums every two or three years, all the while continuing to add a high level of sophistication to pop-oriented R&B, inspired as ever by the likes of Michael Jackson and Babyface.