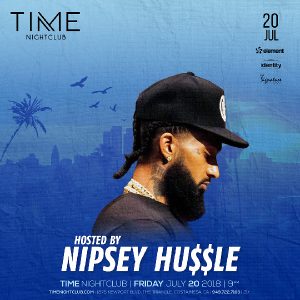 American rapper Nipsey Hussle adapted his stage name from Nipsey Russell, an iconic black comedian and actor. Born Ermias Ashgedom in Slauson, California, his early calling card was injecting hazy humor into his rhyme style à la Snoop Dogg, but his flow owes more to the unflinching gangland narratives of early hip-hop kingpin Ice-T. A full-fledged member of one of the more notorious subsections of the Crips gang, Nipsey Hussle became a quick mixtape favorite in the late 2000s with his gritty street observations. Starting with Slauson Boy in 2005, the rapper issued a trio of Bullets Ain’t Got No Name volumes in 2008 and 2009 before moving on to The Marathon and its sequel in 2011. His eighth official mixtape, Crenshaw, arrived in 2013. Drawing attention for its $100 price tag, it still broke into the Top 40 of the Billboard Heatseekers chart and featured appearances by James Fauntleroy, Slim Thug, Z-Ro, Rick Ross, and more.