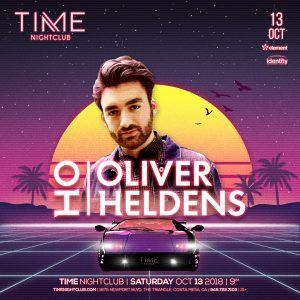 Dutch electronic dance producer Oliver Heldens is regarded as one of the primary figures of the future house scene of the 2010s. While he incorporates elements of numerous styles of dance music, including techno and breakbeat house, his most well-known tracks, including the 2014 U.K. chart-topper “Gecko (Overdrive),” combine deep house with big room and progressive house. His tracks produced under his own name tend to be melodic while maintaining a funky edge. Since 2015, he has additionally released darker, heavier club tracks under the name HI-LO.