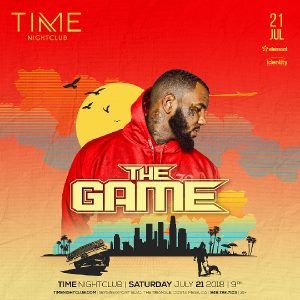 The Game, whose original name is Jayceon Terrell Taylor, is an American rapper and actor, best known for his significant contributions as a rapper to the West Coast hip-hop scene. His efforts have brought back the West Coast hip-hop scene into the mainstream and he is considered a formidable competitor to his East Coast counterparts. He first became popular when he got associated with senior rapper Dr. Dre’s Aftermath Entertainment. He rose to fame with the success of his first album ‘The Documentary’, and thereafter tasted continued success. His second album peaked at No. 1 on the US Billboard 200 chart. Besides music, he has starred in films as well, and has founded ‘The Black Wall Street Records’ with his half-brother George Taylor. Growing up, the rapper had a difficult childhood and had to struggle a lot even to survive. Despite his troubled childhood and brushes with the law, he had a hidden talent for music, and developed interest in rapping while he was recovering in the hospital after been shot at. He decided to ditch his old lifestyle and pursue a career in rap. He began studying the rap albums of esteemed rappers, and delved deep into hip-hop music. During those five months of recovery, he crafted his free-styling skills, and developed strategies to enter the entertainment industry. Observing his skills and dedication, Dr. Dre took him under his guidance and mentored him. And the rest, as they say, is history!