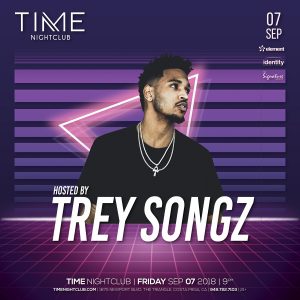 Singer-songwriter Trey Songz was born in Virginia on November 28, 1984. In 2003, Songz signed a record deal and received a $100,000 advance. Two years later, he released his first album, I Gotta Make It. The album was a moderate success, selling 395,000 copies and peaking at No. 20 on the Billboard charts. Since then, he has released Trey Day and Ready, which have both garnered wide acclaim. In addition to making music, Songz founded the Songz for Peace Foundation to help curb youth violence