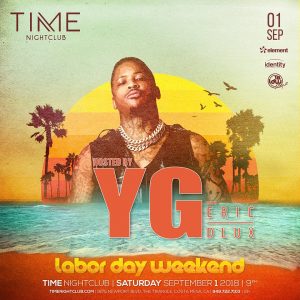 Keenon Daequan Ray Jackson, known professionally as YG, is an American rapper who shot to international stardom with his album, ‘My Krazy Life.’ Prior to the album’s launch, he had released popular singles like ‘Toot it and Boot it,’ ‘My Nigga,’ and ‘Who Do You Love?’ which helped pave the way for the positive reception of his debut album. Interested in music from a young age, he started writing lyrics and tunes as a teenager. He began his musical career by giving public performances with his friends while still in high school and eventually gained a reputation. In order to reach a bigger audience, the young man began posting his videos on YouTube and before long gained a faithful following. One thing led to another and soon he released his debut single which peaked at number 67 on the Billboard Hot 100 and earned him a contract with Def Jam Recordings. Over the years he released a string of mixtapes, all of which proved to be moderately successful. His career touched newer heights with the release of his debut album which catapulted him to worldwide fame.